The problem with suspiciously formed desires 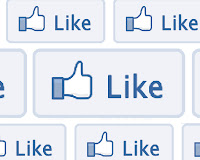 A recent talk by Adam Elga (Princeton University) at CUNY’s Graduate Center made me think a bit about what the author calls “suspiciously formed desires.” For instance, suppose you suddenly find your old circle of friends stale and uninteresting, and begin to gravitate toward new people. But then you realize to your horror that the change in your social preferences just happened to coincide with the time you started taking anti-depressants (there are documented cases of this sort of effect on various aspects of one’s emotional life, see Chapter 11 of Answers for Aristotle).

Or, to use another of Elga’s examples, consider studies that show that subjects are more likely to call back a confederate for a proposed date if they have recently shared a disturbing experience — like walking on a suspended bridge — with said confederate. (Other examples, discussed in Answers, include being better predisposed toward a date if you are nursing a warm rather than a cold drink. Useful tip!)

These sorts of situations, and many others, immediately lead people — if and when they find out — to be skeptical of their preferences precisely because the sources of such preferences seem suspicious. But philosophers being inclined to question the apparently obvious, Elga raised the issue of when, exactly, is finding out the source of a stated preference rational ground for reassessing that preference.

Elga rejects the tempting answer (when that preference derives from a suspicious source), thinking that there is more to the story. Indeed, he goes so far as to suggest that sources don't matter, and that the only rational grounds for reassessment are:

1. When the new information is evidence against a claim on which the preference essentially depends;

2. When there is evidence that the stated preference goes against one’s real preference;

3. When there is evidence that the stated preference is in tension with one’s preferences and the tension should be resolved in favor of the other preferences.

For instance, let’s say you find out that an assassin has somehow implanted in you a preference for drinking whatever glass of water happens to be on your desk. This may be good evidence that that particular water is poisonous, so you do have rational reasons to question your preference (this falls under case 1).

Or (case 2), you generally prefer caffeinated coffee, but on this morning you ask for decaf because, say, the decaf cup has an eye catching picture. The decaf choice goes against your considered judgment, since your real preference is for caffeinated java, so you have rational grounds to revise your decision.

Or (case 3), a jealous acquaintance applies peer pressure to make you buy a flashy outfit in the hope that you will look silly and embarrass yourself in front of your friends. Turns out you actually like the idea of occasionally wearing flashy outfits, but you also really really hate the idea of being embarrassed in front of your friends. Both preferences are actually yours, but they are in conflict, and one is more important to you than the other, so the conflict should be resolved in favor of the most cogent preference.

Elga concludes that only when at least one of the the three above-mentioned rational grounds for reassessing your preference are present should one in fact re-evaluate. The mere fact that the preference is induced by a suspicious source is not a necessarily compelling factor. Why, then, do people so often think it is? Because, as a matter of empirical experience (as opposed to logical necessity), suspicious influences do correlate fairly highly with the presence of rational grounds (of types 1-3 above) to reassess one’s preferences.

Elga’s position is that once you eliminate rational reasons for reassessment, the suspiciousness of the source simply doesn’t matter. The attentive reader may have caught a similarity between Elga’s approach and the idea of a genetic fallacy. The latter is a type of informal logical fallacy according to which it is not rational to reject an argument merely on the basis of who advanced it. For instance, I should not dismiss an argument about intelligent design just because it comes from a well known evangelical preacher. I have to engage with the argument itself, independently of the source.

However, both cases (preferences induced by suspicious sources and genetic fallacy) are instances in which there is both a problem on strictly formal rational grounds and also a reasonable heuristic at play that people reasonably use as guidance for practical action. Consider the genetic fallacy first: yes, it is logically fallacious to reject the preachers’ argument only on the grounds that it is advanced by a creationist. But if I have a limited amount of time to engage in discussions about intelligent design, it is rational for me to deploy the approximate equation: preacher = bad reasoning about science, and just move on. After all, we all have a life to live and more interesting or pleasurable things to do!

Similarly with the cases Elga considers: as he himself pointed out during the talk, often the suspiciousness of the source of a preference does indicate something questionable about that preference. But not always: it could be, for instance, that your preference for new circles of friends came about because of genuine changes in the way you value people, and only coincidentally happened at the same time you started taking anti-depressants. Or even better, the anti-depressants may have allowed you to see things in a way you had not considered before, and that you retain as a genuine preference even after you have gotten off the medication.

There is another issue to consider in the context of the above discussion: your preferences do have to come from somewhere, and it may not always be clear what counts as a “suspicious” source. For instance, suppose that my preference for classical symphonic over modern atonal music originates from early exposure to the former but not the latter during my childhood. Am I therefore rationally compelled to revisit my preference, since I have reason to believe that it wasn’t the result of a considered choice based on a deep understanding and evaluation of the musical character of both types of performance? I don’t think so. And what about preferences of taste, or sexual orientation, that may be tracked back to early development, or perhaps even to genetic influences? Am I supposed to reconsider them because they were, in a sense, “implanted” in me rather than freely chosen? (And just in case you are wondering, one doesn’t need to get into endless discussions about free will in order to entertain these questions, a standard notion of human volition will do.)

The most general point to take away from Elga’s preoccupation with the sources of our choices came up during the discussion following his talk. He reminded his audience of the difference between the source (pretty much in causal terms) of a given preference, and the grounds for that preference. His basic idea is that regardless of the source, the grounds need to be rationally assessed.

This in turns has reminded me of much literature coming out of the social sciences of late (e.g., the work of Jonathan Haidt, about which I have, ahem, contrasting thoughts, shall we say). The general shape of the relevant papers goes something like this: “we thought that X was the result of rational deliberation, but it turns out that people can be primed to make choices about X in all sorts of ways that bypass conscious thinking, therefore we act irrationally about X.” This is a “rationalization vs rationality” type of argument that tends to augment the importance of social-psychological factors and diminish the relevance of critical thinking and rational deliberation. You think you are assessing evidence about climate change rationally? Ah! Haven’t you heard of confirmation bias, my friend?

The problem with this sort of approach — which confuses Elga’s source vs grounds distinction — is that people may begin to think that it is simply not worth it to insist on rationality, because you know human beings will do what human beings do, and they’ll find a way to rationalize their choices nonetheless. The absurdity of what I would call the rational nihilism mistake should be obvious if one considers a slightly different example: it is a well known fact that people don’t naturally think very well when it comes to assessing the probabilities of different scenarios (witness the success of the gambling industry). But it would be absurd to claim that therefore it is useless to teach statistics and probability theory. On the contrary: it is all the more necessary, precisely as a way to combat our flawed heuristics and develop a more disciplined way to think through our problems rather than go with our “gut feelings.”

So, if you discover that the source of a preference you happen to have is indeed suspicious, by all means, go ahead and critically re-evaluate that preference according to Elga’s criteria. But you should probably do that also in a number of cases in which the source of your preference is benign. And more generally you should engage in an assessment of the grounds for your beliefs whenever the game is worth the candle, and quite independently of the source of those beliefs.
Posted by Unknown at 7:00 AM