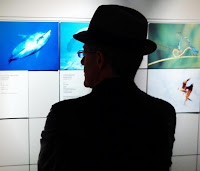 Massimo is the Editor-in-Chief of the open access journal Philosophy & Theory in Biology (philosophyandtheoryinbiology.org). He has been elected fellow of the American Association for the Advancement of Science “for fundamental studies of genotype by environmental interactions and for public defense of evolutionary biology from pseudoscientific attack.”

In the area of public outreach, Massimo has published in national magazines such as Skeptic, Skeptical Inquirer, Philosophy Now, and The Philosopher’s Magazine among others. He has also been elected a Fellow of the Committee for Skeptical Inquiry. Massimo pens the “Rationally Speaking” blog (rationallyspeaking.org), hosts the podcast by the same name, and publishes the “5-minute Philosopher” videos on YouTube.

Massimo has published 9 technical and public outreach books, including Denying Evolution: Creationism, Scientism and the Nature of Science (Sinauer),  Nonsense on Stilts: How to Tell Science from Bunk (University of Chicago Press), and most recently Answers for Aristotle: How Science and Philosophy Can Lead Us to A More Meaningful Life (Basic Books).

Leonard Finkelman. Leonard has a PhD in Philosophy from the City University of New York Graduate Center. He has taught philosophy for the CUNY system since 2004 and published several essays in the Pop Culture and Philosophy series of books (check his "All for One and One for All" in Green Lantern and Philosophy: No Evil Shall Escape this Book).

A lifelong love of dinosaurs eventually led Leonard to study evolution; his research interests lie primarily in the history, theory, and practice of taxonomy, as well as the pedagogies of philosophy and science. He enjoys the study of ethics, possible-world semantics, theories of identity, and (when free time permits) astronomy.

While completing his undergraduate degree at the University of Virginia, Leonard swore an oath to include references to Tyrannosaurus rex whenever possible in his work. You have been forewarned. 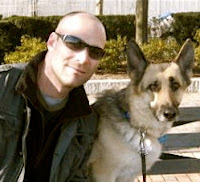 Steve Neumann. Steve's vocation for the past ten years has been as a Guide Dog Mobility Instructor, which has provided him with a unique opportunity to practice his avocation of philosophy, within a naturalistic worldview. His job as dog trainer allows him to explore notions of selfhood, consciousness, and proto-morality present in canines; and his job as a teacher of the visually-impaired provides a window into human memory, learning, and each human being’s causal web. Prior to his current occupation, he received a BA in Accounting with a minor in philosophy, and spent eight years as a CPA-turned-Headhunter. He has an affinity for Nietzsche, writes poetry, and views the poet as a bridge between the all-too-human and the Overhuman. And he never met a reasonably-priced Bordeaux he didn’t like.

Ian Pollock. Ian is a graduate engineer from Calgary, Canada, currently working in the electrical power distribution industry. He enjoys puzzles enormously — especially those itchy, perennial ones at the intersection of science and philosophy.

Something of a dabbler by nature, Ian’s particular interests this week include probability, practical ethics, alternative energy sources, “life hacking,” and consciousness. His approach to such questions has been heavily influenced by LessWrong-style rationalism, by Daniel Dennett and Gary Drescher, and not least by Rationally Speaking itself, of which he has been a devoted reader for several years. In keeping with the quotation from David Hume that serves as the RS motto, he finds friendly argument to be one of the most enjoyable (garden) paths to truth. 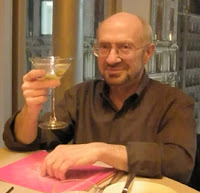 Phil has been a long-time member and treasurer of CFI-Long Island (formerly Long Island Secular Humanists) and he is the representative of that group to the umbrella group Reasonable New York.

Phil was a professional pianist in his earlier years, and still plays and performs avocationally within his favorite domains of jazz and classical music.

One of Phil's goals in life is to check out every martini bar in New York and immediate surroundings. He likes his martinis very dry, with Stoli vodka, thank you. Lucky for us, New York City has enough of both bars and vodka to keep him happy.