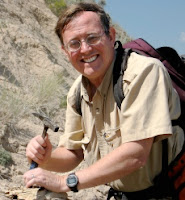 Guest Donald Prothero joins us to discuss the common tactics and thinking of science deniers and the implications of this assault on science for our future. The denial of scientific realities in issues like global warming, creationism, vaccine safety, and AIDS, is growing in our society. Not only is our acceptance of scientific "inconvenient truths" under attack, but even scientists themselves have been threatened.

Donald R. Prothero is Professor of Geology at Occidental College and Lecturer in Geobiology at the California Institute of Technology. He is the author, co-author, editor, or co-editor of 25 books, over 200 scientific papers and a number of popular books including, most recenly, "Catastrophes!: Earthquakes, Tsunamis, Tornadoes, and Other Earth-Shattering Disasters" and "Evolution: What the Fossils Say and Why It Matters". He is on the editorial board of Skeptic magazine and has been featured on several television documentaries, including episodes of Paleoworld (BBC), Prehistoric Monsters Revealed (History Channel), Entelodon and Hyaenodon (National Geographic Channel), and Walking with Prehistoric Beasts (BBC).