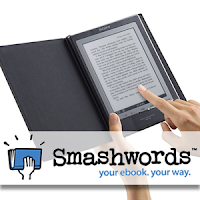 As readers of Rationally Speaking may know, there are two collections of essays pertinent to the topics covered by this blog that have been available at the Amazon Kindle store for a while: "Rationally Speaking: Skeptical Essays on Reality as We Think We Know It" includes all the essays I wrote for Rationally Speaking before it was a blog (it started out as a monthly syndicated internet column), while "Thinking About Science: Essays on the Nature of Science: 2003-2008" republishes all my essays in the homonymous Skeptical Inquirer column (still ongoing) during those years.

Since I'm always interested in new frontiers in e-publishing, I have just released both titles at Smashwords, an e-book "aggregator," as they call them these days, i.e. an outlet that allows people to publish and distribute their e-books in a variety of formats. Smashwords will soon send the two titles to the Apple iBook store and other outlets, but in the meantime you can download them directly at the site, in html, java (for browsers), mobi (for Kindle), ePub, PDF, LRF (for Sony Readers), and PDB (for Palm devices).

p.s.: as soon as I have some time (ah!) I intend to re-release "Tales of the Rational: Skeptical Essays About Nature and Science" in e-format. Stay tuned...
Posted by Unknown at 9:06 AM