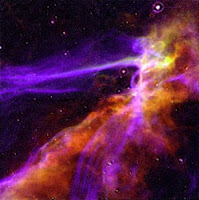 When you hang out with medical students, you find yourself privy to all sorts of behind-the-scenes secrets of the profession, some of which make you feel like a savvy insider and others of which make you nervous about ever ending up in the care of a doctor. Somewhere between the former and the latter lies the following fun fact: When a doctor diagnoses you with an "idiopathic" illness, you might assume that implies he understands what's making you sick -- until you look up the definition of "idiopathic," and discover that it means "arising from unknown causes." That's right: when a doctor tells you that you have an "idiopathic T-cell deficiency," he's actually saying, "We have no idea why your T-cells are low." And if you doubt me, please allow me to direct you to the 1966 edition of Stedman's Medical Dictionary, which, to my immense amusement, describes the word idiopathic as "A high-flown term to conceal ignorance."

Having an official-sounding explanation that stands for "we have no freakin' clue" is just one particularly stark example of what I'm coming to see is a ubiquitous phenomenon: our tendency to believe we've resolved our ignorance when all we've really done is relabel it. Putting a name on the gaps in our knowledge gives us the feeling of knowing more, and if we don't think about it too hard, we might not notice that feeling is illusory.

Put another way, what feels like a solution to a mystery is often just a re-statement of the mystery itself. French playwright Moliere famously lampooned this phenomenon in his 1673 play La Malade Imaginaire, in which a character wonders why opium puts you to sleep, and the parody of a doctor explains that it is because the drug contains a "dormitive potency."

Actually, it's barely a parody. There's a rich tradition in the history of science of people attempting to explain a mysterious phenomenon by proposing a mysterious substance as its cause. For example, what causes life? The "theory" used to be that it was generated by a substance called élan vital (literally, "life force".) Saying "Life is caused by élan vital" felt more like a real explanation than saying "We don't know what causes life," even though we couldn't say anything else about élan vital other than the fact that it causes life. As evolutionary biologist Julian Huxley dryly remarked, "To say that a biological process is explained by élan vital is to say that the movement of a train is 'explained' by an élan locomotif of the engine."

There's nothing inherently wrong with using placeholders for what we don't know. "Dark matter" and "dark energy" play this role in astrophysics today. "Dark matter" is our label for whatever unknown substance is making stars orbit faster than we expected; "Dark energy" refers to whatever is causing the universe to expand faster than we expected. Physicists are well aware that "dark matter" and "dark energy" are placeholder terms, and they're actively trying to pin down what's really going on so that we won't need them anymore.

But placeholders become a problem when they fool you into thinking that you're finished with your explanation. And even though science as a whole may not forget that the phrase "dark energy" doesn't actually explain anything, I think individual people fall for this phenomenon all the time. We feel like we've explained something when we know the word for it, even if we don't know anything beyond the fact that this word is the "right" answer. When a kid asks, "Why does stuff fall down?" and his parents say "gravity", they think they've answered the question. But if someone asks them what "gravity" means, can they give an answer beyond "Uh... it's what makes things fall"? Knowing the right buzzword isn't the same as understanding.

Of course, any explanation you give for what gravity is ("an attraction between objects that is proportional to the product of their masses") immediately raises more questions ("What causes the attraction? Why did our universe have to work that way?"). No matter how much you understand about the world, you can keep asking "Why?" and you eventually have to fall back on "That's just the way things are" or "We have no idea." But being able to understand how a phenomenon is entailed by the natural laws of the universe, even if you can't explain why those particular natural laws exist, is a huge step up from merely knowing which label describes the phenomenon.

I'd venture a guess that our tendency not to recognize placeholders for what they are has its roots in the way our schools are structured, in the way we learn to learn. In school you get points for knowing the right answer, for writing the correct phrase on the test, and you learn to recognize that question X goes with response Y. What we come to think of as "learning" is often little more than a sorry blend of rote memorization and call-and-response; is it any wonder that we think merely knowing "gravity" is the word for "why things fall down" means we understand what's going on?

Then there's that mother of all placeholders, "God." In "The Perimeter of Ignorance," one of the essays in his book Death by Black Hole: And Other Cosmic Quandaries, Neil deGrasse Tyson recounts how even the sharpest scientific minds throughout history have invoked divine providence when they reached the limits of their ability to explain the world. When Isaac Newton hit a stumbling block in his Principia -- why do all the gravitational forces between the objects in our solar system balance out to produce stable orbits? -- he concluded, "This most beautiful System of the Sun, Planets and Comets could only proceed from the counsel and dominion of an intelligent and powerful Being." And 17th-century Dutch scientist Christiaan Huygens explains the planets' motion and composition in great detail in his Celestial Worlds Discover'd, but falls back on God when he gets to less-understood phenomena, like the mystery of life: "I suppose no body will deny but that there's somewhat more of Contrivance, somewhat more of Miracle in the production and growth of Plants and Animals than in lifeless heaps of inanimate Bodies," he writes.

Of course, unless you can say something about how God created life, you haven't explained anything; you've just relabeled your ignorance. Which is not, in and of itself, harmful. The danger lies in forgetting that questions like the origin of life are still open questions, ripe for the solving -- and in clinging to your placeholder rather than gladly replacing it with a real explanation when one comes along.
Posted by Julia Galef at 7:16 AM