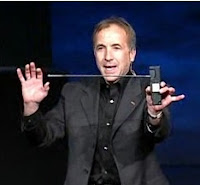 Michael Shermer (the well known author and publisher of Skeptic magazine) and I usually see eye to eye on all things skeptical. On matters of economics, however, we seem to depart rather sharply. He is a former Randian (as in Ayn Rand) and current moderate libertarian. I am an unmitigated progressive liberal (yup, I like very progressive taxes -- that is, steep on the rich -- welfare, universal health care, free education -- including college -- and a tiny military).

During the summer my lab at Stony Brook University reads a couple of books for fun and intellectual enrichment. One of them this year is Shermer’s The Mind of the Market. I will take issue here with the arguments he deploys in chapter 3 in particular, entitled “Bottom-up capitalism.”

One of the central ideas of the book is to build a parallel between Darwin’s natural selection and Adam Smith’s “invisible hand.” It isn’t that Shermer is trying to go back to so-called social Darwinism (which Darwin himself vehemently rejected), but rather to make the case that both biological systems and economies are “complex adaptive systems with emergent properties.” The conclusion to be drawn from this is that, just like natural selection yields results without the intervention of an intelligent designer, so we should let markets work their magic without government tampering (I simplify somewhat, you should read the book if you want the full treatment).

There are problems with the natural selection-economic markets analogy, of course. To begin with, it is not clear what markets maximize, if anything. Natural selection maximizes local fitness (of a particular population in response to a specific set of environmental circumstances). Free markets may maximize trade volume, for instance; or perhaps they minimize prices; or they augment per capita income, but it is hard to see why exactly any of these things would be necessarily good, since according to several studies published over the last few years they are all only loosely correlated with quality of life, or with other important priorities, like justice, equality, or environmental preservation.

Even assuming that letting markets operate on their own is a good idea in terms of the goals to be accomplished, the parallel with natural selection is rather apt in a way that libertarians won’t like: not only does natural selection not yield optimal outcomes (just whatever happens to work well enough), but it is extremely and painfully wasteful. Let us not forget that the overwhelming majority of species that ever existed went extinct, and that any improvement in the adaptation of a population of organisms happens at the cost of countless deaths and suffering among the less fortunate members of that population. Just like unbridled capitalism, essentially a pyramid scheme, makes a very small number of people very rich, but is built on the sweat and lack of a social net for the majority.

Even Michael, however, has limits (unlike many libertarians I know). After having extolled the virtues of Microsoft’s quasi-monopoly and having told us that Walmart is the best thing that could happen to small America and the world at large, he ends the chapter on a more moderate note. “There are extremists,” Shermer writes on p. 42 of the book, “who embrace the ideology of anarcho-capitalism. ... [But] in order to keep the free market both free and fair, we need political states based on the rule of law, with property rights, a secure and trustworthy banking and monetary system, economic stability, a reliable infrastructure, protection of civil liberties, a clean and safe environment, and various freedoms of movement, of the press, of association, and of education. We need a robust military for protection of our liberties from attacks by other states. We need a potent police force for protection of our freedoms from attacks by other people within the state. We need a viable legislative system for establishing fair and just laws. We need an effective judicial system for the equitable enforcement of those fair and just laws.”

In other words, we need a pretty pervasive government to both facilitate and control social activities, including economic ones! This is the classic libertarian version of wanting the cake and trying to eat it too. Whatever happened to leaving the markets alone to do their magic (something, incidentally, that Smith himself never advocated, aware as he was of human wickedness and crookery, well before Exxon Valdez and Enron)? Natural selection doesn’t require our or anyone else’s intervention to work, it truly does function “from the bottom up.” Not so economies, even by Shermer’s own account. Natural selection does work without the need for an intelligent designer, but it just seems perverse to ask human beings not to use their intelligence to improve on the workings of whatever invisible hand may blindly guide the markets.
Posted by Unknown at 4:51 PM