Does philosophy have a sexual harassment problem? 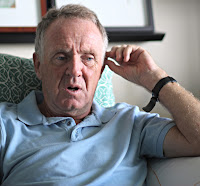 Last week Jennifer Saul, a philosopher at the University of Sheffield, published an article in Salon entitled: “Philosophy has a sexual harassment problem.” While there is much substance and nuance in the body of the article, I sincerely hope that Prof. Saul did not actually choose the title herself (editors often do that sort of thing), because the message it sends is anything but nuanced, and if taken at face value also not particularly constructive.

Naturally, I need to be careful about writing on sexual harassment, for a variety of reasons. Well, two, actually. First, of course, I’m a white male, belonging to the group that is likely responsible for the largest percentage of reported sexual harassment cases, certainly within academia. Second, I am the Chair of a Department of Philosophy, and hence in a position of power. (The fact that I just hired a woman as our newest faculty, which resulted in my Department having a majority of women in its ranks should count, but only a little.) But if we want to have a reasoned discourse about this delicate matter, inside academia or in our society more broadly, it seems to me that even a (increasingly older!) white male in a position of power has a right to be at the discussion table.

Nonetheless, before I proceed with an analysis of Saul’s article, let me state it as clearly as I can: sexual harassment is wrong, regardless of circumstances, who the perpetrator is, or who the victim is. It is a pernicious societal problem both within and outside the academy, and it needs to be fought vigorously. In my decades as a faculty at various universities — both as a biologist and as a philosopher — I have seen it happen, and seen people dealing with it badly or rightly, depending on their moral fiber and of the institutional environment. So, nothing you are about to read should even remotely be construed as suggesting that I don’t take the problem seriously, or that I somehow feel it has been addressed to anywhere near satisfaction. Can we proceed now? Thanks.

The occasion for Saul’s piece in Salon was the recent debacle at the University of Miami, involving famous “mysterian” philosopher Colin McGinn, who has resigned after been accused of sexually harassing a graduate student, and who made things even worse — if possible — by going on a blog campaign where he tried to excuse his despicable behavior on grounds of his intellectual superiority (gasp!), misunderstandings triggered by cultural differences, and just simple lack of sense of humor on the part of the student. Yuck.

Saul goes on to point out that since she started a blog devoted to women in philosophy she began receiving an alarming number of anonymous testimonials of sexual harassment in the workplace, with heart wrenching stories concerning undergraduate students, graduate students, and young faculty. These stories are aggravated by the fact that often nothing was done about the incidents in question, sometimes discouragingly pointing to a failure of the people involved, as well as of their institutions, in even understanding that there was a problem. It makes for sober reading for anyone who still doesn’t take this issue seriously.

But none of this amounts to the conclusion stated in the title of Saul’s essay: we simply do not know whether philosophy as a field is particularly vexed by sexual harassment, or whether philosophy is simply a microcosm of the still largely misogynistic society in which we live. Indeed, in the body of the article Saul herself clearly states: “When I talk to people about this, I am invariably asked whether sexual harassment is worse in philosophy than in other fields. The short answer is that we don’t really know: it’s very difficult to get good data on something that is drastically underreported and often kept confidential even once reported.” Good, then I hope that Saul protested vehemently with the Salon editor when she saw the title under which her article appeared, because it literally indicts an entire fields of professionals — most of whom do not engage in sexual harassment — with a broad brush that is as offensive as it is unsubstantiated.

Unfortunately, Saul immediately continues the same paragraph with a non sequitur: “But to me, the most important thing is this: sexual harassment harms its victims greatly. It’s wrong, and we need to get rid of it. We don’t need to know about relative frequency to see this.” All true, except that now we are talking about sexual harassment in general, not as a specific problem endemic to philosophy departments. In order to make the latter case, thus justifying not just the title, but the main thrust of the article, one does need to know about relative frequencies, and as we’ve seen, Saul acknowledges that we don’t.

Indeed, Saul attempts to get relative frequencies nonetheless, using a different, somewhat more accessible measure: “Philosophy, the oldest of the humanities, is also the malest (and the whitest). While other areas of the humanities are at or near gender parity, philosophy is actually more overwhelmingly male than even mathematics. In the US, only 17 percent of philosophers employed full-time are women.”

This is essentially true, though if one looks at the next generation — people who have been recently awarded a PhD — the difference with mathematics is tiny, religious studies is doing just as badly, and engineering, computer science and physics are far worse off. But there are two points to make about switching from (non existing) stats on sexual harassment to (available) stats on graduation, hiring, and tenure frequencies: i) the connection between the two is difficult to establish; ii) the second set of stats are not easy to interpret causally, despite deceptively straightforward appearances.

Let me start with the connection between the frequency of sexual harassment and the fact that certain academic disciplines, including philosophy, unfortunately still have a minority of women within their ranks. Although she doesn’t link the two explicitly, I assume that the reason Saul segues from one to the other is because she thinks there is a connection: fewer women => more sexual harassment. There may indeed be a connection here, but it is certainly not established by those two facts in and of themselves. At the very least one would need a cross-field correlation analysis (i.e., data) showing a robust relationship between the two variables. And even that, of course, would establish only a correlation, not causal dependency.

But more clearly, the fact that there are fewer women than men in a given field is likely the result of a large number of cultural factors (no, I don’t think it has anything at all to do with “native” intelligence, Larry Summers be damned). Indeed, as John Tierney pointed out in a similar context a few years ago in the New York Times, it is often tricky to go from the straightforward observation of uneven ratios to the inference of bias (i.e., positive, conscious or unconscious, discrimination).

For instance, Tierney pointed out a nuanced analysis of the issue of gender ratios in the sciences conducted by the National Academy of Science. What the researchers did was to look at those ratios at various stages of a typical academic career (postdocs, assistant professor, tenured associate professor) while simultaneously accounting for the relevant pool from which those people were drawn (respectively: PhD students, postdocs, and assistant professors). The results were subtle: for instance, in some fields (e.g., economics) there are far fewer women postdocs than PhD candidates, strengthening the hypothesis of bias. But even within the same field things sometimes reverse later on: there are proportionately more women assistant professors in economics than expected when one examines the postdoc pool (which probably means that a number of them are hired straight from the PhD pool, not unusual in fields outside the natural sciences). In the life sciences, more women than expected make the transition from PhD candidate to postdoc, though proportionately less move on to assistant professor.

The reasons for all this are likely complex. Yes, some of the patterns in these results are likely explained by sexual bias (which, again, doesn’t equate with sexual harassment), but there is also the fact that academic jobs have a low turnover rate (when you have tenure, you usually stay in the field for life), which means that we should expect progress to take generations. And of course we live in a broader culture where young girls are still discouraged — by their elementary teachers and often their own parents — to get into technical or intellectually esoteric fields, such as physics, mathematics and philosophy, the very same ones that sport the worse gender ratios of all.

None of the above — again — excuses either sexual harassment or the existence of skewed gender ratios in the academy (though if you really want to get your blood to boil about sexual harassment, consider the US Military!). But it does point out that it is a complex issue, where reliable data is scarce and causal connections difficult to make. And, where one ought to be exceedingly careful before indicting a whole field on the basis of self-selected anecdotes — no matter how poignant and upsetting those anecdotes are.

Saul herself, however, ends her piece on a positive note, and I wish to do the same. I can do no better than to quote her again: “I am actually very hopeful about the future of gender issues in philosophy. ... Just in the last few years, two major philosophy journals have increased the anonymity of their review process to combat implicit bias; the prestigious Stanford Encyclopedia of Philosophy has instructed authors and editors to ensure that women and members of other unrepresented groups are cited; thousands of philosophers have signed petitions in support of the Gendered Conference Campaign; over a hundred distinguished signatories have expressed concern about the retaliatory effects of some of McGinn’s blog postings; the American Philosophical Association has established a mentoring program, a task force on sexual harassment, and a site visit program to help departments improve their climates for women. More and more philosophers are coming out strongly and publicly in support of a more inclusive profession. There have even been songs written about the problem.” Now, I call that progress (well, not sure about the songs part...), though not yet victory, and certainly a reason to celebrate.
Posted by Unknown at 7:00 AM