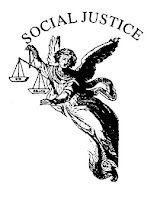 Greta Christina has penned a thoughtful essay on the issue of “mission drift” within the atheist and skeptic communities, which turns out to be an indirect response to the very same talk by Jamy Ian Swiss that led to PZ Myers’ rant about “quitting” the skeptic movement - see my commentary on that here.

Christina begins by asking a deceptively simple question: “If the atheist and skeptical movements focus on political and social justice issues, will that constitute mission drift?” Her initial answer is a simple “No,” but then she elaborates at length, and much of what she says makes eminent sense to me.

(2) that the organizations in these movements pay attention to these issues in internal matters, such as hiring and event organizing.

Most of the essay (and most of my commentary) then focuses on (1), with a few brief comments on (2). Let me start with the latter, then, to get the easy stuff out of the way. Yes, of course atheist and skeptic organizations should engage in fair hiring practices, adopt equal opportunity employment policies, offer students rates, organize conferences in locations - when possible - that offer public transport access, choose venues that are wheelchair accessible and so forth. (I would cut some slack on other issues she brings up, like offering sign language interpretation and day care, simply because those things are costly, and many organizations of the type we are considering typically have very limited budgets. Even so, they should try if they can afford it.)

Assuming we are all square on (2), then, it’s time to tackle the significantly more thorny (1) above.

Let’s briefly consider some of Christina’s examples of issues that some people may regard as instances of “mission drift” for atheists and/or skeptics, but which she contends are not. Her list is long, and I do not actually disagree with pretty much any item within it (with the big caveat to which I’ll get below), but just a few examples will give you a good idea:

Why indeed? I do not have any objection to expanding the scope of skepticism and atheism along those directions. In fact, this has been happening for a while. Every year, for instance, the organizers of both TAM (at the national level) and NECSS (at the regional, in this case New York, level) make a point of scheduling talks that aren’t confined to the classic workhorses of skepticism, like UFOs, astrology and so forth. And Christina should know that both American Atheists and CFI have long drawn attention to at least some of the religion-related issues she mentions.

But Christina seems (irritatingly, I must add) to wish to pit herself against what she repeatedly refers to as “the old guard”: Why should the agenda get to be set by the old guard? … Why should the people who are already in the skeptical and atheist movements, the people who have been in the
skeptical movements for years, be the ones to decide which internal policies are core issues for atheism and skepticism, and which ones are on the fringe?

Well, the obvious question is: why not? We all get to set the agenda for what is largely a grassroots movement, and we do so via conversations like the one that Christina has started. But why shouldn’t “the old guard” be a (major) part of it? Just like in every movement, people who have been active for a long time deserve our respect because they’ve been there long before us, have experience, and have demonstrated their ability to get things done. Of course they shouldn’t get to set the agenda in a smoke-filled room somewhere in the middle of the Nevada desert, but they do deserve more respect than the contemptuous dismissal that emerges from Christina’s comments.

Niceties to the old folks aside, there is a larger problem that we all have to tackle in the process of expanding the concerns of the atheist and skeptic movements to the areas mentioned by Christina. It’s the same problem that I repeatedly point out to my feminist philosophy and gender studies academic colleagues: be careful not to mix too liberally what is with what ought to be, because you may regret it.

Recently I chided Michael Shermer for his scientistic tendencies, commenting that what he seems to want is a scientific imprimatur on his libertarian ideology. Certain libertarian policies may or may not work, and that surely is an empirical question about which we need data before we agree or disagree. But my fundamental objection to libertarianism qua ideology is that it doesn’t take in due account issues of social justice. That objection is philosophical in nature, and precedes (though it is not entirely independent of) the empirical. Should it turn out, for instance, that cutting aid to the poor, or undermining a guarantee to health care, or severely curtailing public access to education are somehow more “efficient” from a market perspective, I’d say the market perspective be damned. Certain considerations of value trump pragmatism and efficiency (up to a point, of course, I don’t live in a la-la land where economy just doesn’t matter).

The same goes for a lot of feminist philosophy, where colleagues engage in the sort of debunking that Christina is advocating, a deconstruction of allegedly scientific claims about race, gender, and so forth. This is crucial as a corrective to false, misleading, or discriminatory notions about women and various ethnicities that get cloaked in the mantle of science. But the argument for racial and gender equality should be independent of any particular outcome of empirical research.

I think that the best science does indicate that there are no group-based cognitive and few if any innate behavioral differences between genders. But what if better research should eventually show otherwise? Would we then have to bite the bullet and say, yup, I’m sorry, turns out that group X really does have structural cognitive differences with respect to group Y, so we really shouldn’t allow X to compete for the same jobs or resources as Y?

I don’t think so. We know that there is huge variation in physical and cognitive endowments among individuals (regardless of group), but nobody in his right mind would therefore argue for special privileges for particularly strong or smart people. The fact of the differences simply doesn’t enter into the judgment value of how we ought to construct our society.

Or take the issue of gay rights, over which American society is suddenly making a stunning amount of rapid progress. We often hear “defenses” of the gay life style in terms of it not being the result of a choice. Maybe it is and maybe it isn’t, who cares? So what if someone chooses to be gay, as opposed to having a strong instinctual propensity for it? Why should the cause of the behavior have anything whatsoever to do with issues of rights? But if advocates of gay rights insist on the “it’s not a choice” position, they open themselves - pointlessly, I think - to the possibility that future science may show that it is indeed a choice. Then what?

So, I absolutely welcome both Christina’s broader point that skepticism and atheism benefit from an expansion of their horizons, and her specific list of things that should be open to skeptical investigation or lend themselves to atheist advocacy. But let’s be clear that skeptics and atheists should also be interested in truth and intellectual honesty, wherever it may lead. And should it lead in directions that are not in line with our ideals, we should be prepared to either bite the bullet and modify those ideals or make a persuasive philosophical argument for why they should trump the empirical specifics. Are skeptics and atheists ready to boldly go there as a movement?