Aristotle vs Rawls and the meaning of fairness, part II 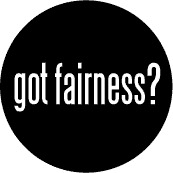 Last time we took a look at a somewhat nasty debate between Stephen Asma and Marilyn Piety about the moral defensibility of a general (i.e., universal) doctrine of fairness. Asma, adopting what is essentially a virtue ethical standpoint, claims that it is not just impossible in practice, but undesirable in (moral) theory to have equal concern for all human beings. Piety, defending Rawls' contractarian concept of justice as fairness, thinks that Asma's positions are not only philosophically indefensible, but downright repugnant. So, as someone who has written favorably about both virtue ethics and Rawls, what am I supposed to take from this?

Let's begin by reviewing what I find so attractive about these two seemingly incompatible approaches to ethics, and then consider in what sense, I believe, they can actually be thought of as complementary (though probably both Rawls and Aristotle would object to that. What the hell, they're both dead anyway).

Virtue ethics first. As I explained before, the idea is to figure out how to live a eudaimonic life, i.e. the sort of life one can look back at near the end and feel justly satisfied by. For Aristotle, this was a moral life, not one characterized by the pursuit of money, fame and material possessions (though all of these are actually good, in moderation). An essential component of the eudaimonic life is the cultivation of the virtues, which include things like courage, temperance, truthfulness, friendliness, and so forth.

For Aristotle, as for Asma, this was a combination of appreciating human nature (how things are) and trying one's best with what that nature entails (how things ought to be). The ancient Greeks, therefore, would have been somewhat befuddled by Piety's dismissal of Asma on the grounds that he confuses is and ought. The point isn't to simplistically say "X comes natural to humans, therefore X is good" (that truly would be an egregious example of the naturalistic fallacy). Rather, the project is to start with what comes naturally and to build on it: to curtail the nasty stuff and to nurture the good things, engaging in a sort of gardening of the human character.

Virtue ethics is intrinsically non-egalitarian, which is the thing of course that highly disturbed Piety in her response to Asma. Quite aside from the Greeks' idea that it is morally necessary to pursue excellence (but why not, really?), there is also an emphasis on taking care of one's family and friends above others. That is because the strength of those relationships are crucial to the eudaimonic life, and because characteristics like loyalty (which is asymmetric by definition, since one cannot be loyal to everyone) are moral virtues.

How does all of this square with Rawls-style egalitarianism? At first glance, not well at all. Rawls derived his theory of justice from his famous thought experiment of the veil of ignorance. Ask yourself what sort of society you would build if you could start from scratch. However, before you begin, also imagine that you don't know anything about what sort of person you will end up being in that society. You don't know whether you'll be a man or a woman, rich or poor, smart or dumb, attractive or ugly, and so on. What you do know is basic information about general human desires (safety, shelter, food) and some relevant scientific and economic facts (there are no such things as unlimited space and resources, can't just print money to solve problems).

Rawls' bet is that under those conditions the rational thing to do would be to build a society that is as fair as possible, with the lowest possible degree of inequality among its members. This, incidentally, is not a new argument in favor of communism, as Rawls does admit the likely necessity of some degree of inequality. He, however, thinks that a departure from equality ought (morally) to be justified. For instance, it is acceptable for, say, doctors to make more money than people working in most other professions, for the reasons that a) doctors are highly valuable to society and b) it takes a large initial investment of time and resources to actually become a doctor.

You may or may not think Rawls' society is actually just, but it turns out that the Rawlsian scenario, just like the eudaimonic one, has some significant factual evidence to back it up (oh no! more blurring of the line between is and ought!!). As I detailed in Answers for Aristotle, for instance, international surveys of both self-reported life satisfaction and objective (i.e., third person) measures of happiness agree that the more a country approaches the Rawlsian ideal, the better off its citizens both feel and actually are. You guessed it, the top of the list is occupied by European countries, particularly Scandinavian ones.

So people, it turns out, are happier when they behave according to virtue ethics (e.g., strong family and friendship bonds) and when they live in countries that have adopted a Rawls-style social contract (less inequality, more access to common resources). It also turns out that one can make philosophical arguments in favor of either virtue ethics or contractarianism. But how can we reconcile the two? Surely Aristotle's Athens was nothing like Sweden! Interestingly, though, a major characteristic of life in many European countries is that people do practice and value family ties and friendships, despite living in an otherwise Rawlsian environment.

And that observation is a major clue to how I think the two perspectives can be reconciled. You see, an even more sharp distinction between Ancient Greek ethics and the modern version is that Aristotle and co. were actually trying to answer a different question from what preoccupies modern day utilitarians, deontologists and the like. We are concerned with what is the right thing to do. That, to us moderns, is what morality is all about. But this would have been puzzling to the ancient Greeks. They thought that the point of moral philosophy was to answer the question of what sort of life one ought to live. The two are related, given certain assumptions, but they are certainly not the same.

We can then begin to see, perhaps, why Aristotle and Rawls may not be so antithetic after all. If they are actually answering two different questions, maybe there is a philosophically sound way of combining the two. I think there is, and it has to do with the difference between a personal ethics that applies locally and a societal ethics that applies globally.

In the Republic, Plato famously made the argument that if one wishes to know what a good State looks like one has to ask what a good person is like. But this was a mistake (which, in fact, resulted in some fascinating but bizarre ideas about philosopher kings and all that stuff). There is no necessary connection between the answer to what makes for a eudaimonic life and the answer to what makes for a just society. The point of view is necessarily different: in the first case we are talking about an individual human being who cannot (in practice), nor probably should (according to virtue ethics) treat everyone the same way. In the second case, however, we are taking the standpoint of the laws regulating a community at large. Of course those laws ought to be fair and treat everyone equally.

So yes, I think I am entitled to eat my virtue ethical cake and to want a Rawls-like state as well. To go back to an example I sketched in the previous post, there is no contradiction for me to want society (in the sense of the laws that regulate our affairs) to treat my daughter fairly, the way all other human beings ought to be treated, and at the same time giving her my preference, concentating my resources (time, affection, money) on her instead of spreading them across society. Heck, I feel so good about this Aristotle-Rawls compromise that I'm going to give it a special name: virtue contractarianism. And now let the debate broaden...
Posted by Unknown at 7:00 AM