The ethics of drone warfare 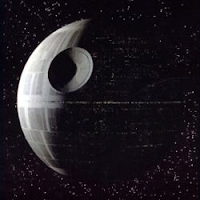 As you probably already know, the United States has increasingly relied on drones, or unmanned aerial vehicles, to carry out warfare in recent years. Drone attacks have been particularly popular under President Barack Obama’s administration. According to the New America Foundation, there were 43 drone attacks between January and October 2009 (right when Obama took office), compared to just 34 in all of 2008 (when George W. Bush was still in office). The Obama administration has shown no indication that it will halt their use.

The government’s increased reliance on drones has sparked public debate: Are drone strikes legal? Are they ethical? In my reading of various news and opinion articles on the issue, those who object to drones have most often made three arguments:

1. Drones violate domestic law. Many, or even most, drone strikes take place in Pakistan or other Middle Eastern countries where the US has not declared war against a foreign state, but is instead working with local officials to root out terrorists under some “handshake agreement.” As such, many people feel drone strikes are an unjustified use of presidential and military power. US officials defend drone strikes on the grounds that they do not target a formal state, but a small group of people that have carried out attacks on domestic soil and plan to do so again. Thus, formal warfare laws do not apply (in other words: hey, it’s just the never-ending War on Terror).

2. Drones violate international law, which restricts when and how different states can engage in armed conflict. Yet, as with domestic law, there is no conflict between two formal states. Also, most drone strikes are carried out by the CIA, which as a civilian agency and a noncombatant under international law is not governed by the same laws of war that cover US military agencies.

3. Drones kill civilians. The Wall Street Journal reported via intelligence officials that since Obama took office, the CIA has used drones to kill 400 to 500 suspected militants, while only ~20 civilians have been killed. However, in 2009, Pakistani officials said the strikes had killed roughly 700 civilians and only 14 terrorist leaders. Meanwhile, a New America Foundation analysis in northwest Pakistan from between 2004 to 2010 reports that the strikes killed between 830 and 1210 individuals, of whom 550 to 850 were militants (about two-thirds of the total).

These arguments are nuanced and complex. You can read more about US arguments and other counter-arguments in this excellent article in the Wall Street Journal. But let us put these — and any discussion of just war theory — aside for a moment, for I think there is a more basic ethical point here.

Notice that the objections above do not inherently reject the use of unmanned drones. Instead, they focus on international law, domestic law, and the accuracy of drones. This raises an important question: are drone strikes inherently any more or less ethical than, say, manned aircraft strikes? Is there, or should there be, an ethical distinction between launching missiles from half a world away and sending fighter jets to carry out such an attack?

I have pondered these questions for several days now and have come to the tentative conclusion that there is no ethical distinction. In my view, the method in which war is carried out — by drone, jet, or a missile launched from a nuclear sub — is less important than the pretenses under which war is being carried out in the first place. If an act of war violates domestic or international law, it does so regardless of whether the attack was carried out by a manned or unmanned aircraft. If an act of war kills civilians, one must parse whether civilians were intentionally or knowingly put at risk, or whether it was an issue of collateral damage. But I have seen no indication that drones kill more civilians on average than manned strikes (your research is welcome). So why is there such an objection to, specifically, drone strikes?

In reading objections to drone use, I can’t help but feel an unspoken and lurking moral sentiment that drone use is wrong because it removes the human element of war. That is, people reject the use of drones because drones remove a pilot (or submarine crew) from harm’s way.

Consider these three passages. The first is from a story in the news outlet Christian Century:

With drones, operators sitting in front of computer monitors in Virginia and Nevada can target enemies halfway around the world. When their shift is done, drone operators retire to their suburban homes.

The second is from an essay in the Catholic magazine America:

Killing with drones is made easy for operators, who often work at great distances from the scene of attack. An Air Force ‘pilot’ may be in Nevada, while C.I.A. operatives are in Langley, Va., and others, including private contractors, are in Florida, Pakistan or Afghanistan. An operator may launch an attack from a trailer in Nevada viewing a computer monitor and using a joystick. The operators never see the persons they have killed. The pilot of a fighter jet flies over the place where the attack will occur and risks being shot down; a drone pilot never experiences the place where the attack occurs and knows he or she is in no personal danger. The operator can go home at the end of the shift.

The third is from an article on PBS.org:

Missile strikes launched from the comfort of Langley, Virginia, a half a world away from Waziristan, ... to critics, remain morally problematic.

On one hand, this seems backward to me. Drones actually remove a pilot or crew from harm’s way, and so they would seem a better manner of carrying out war. Imagine being able to carry out attacks on highly dangerous terrorists and counter-insurgents without having to put your own people at risk of death. This would seem desirable.

On the other hand, perhaps there is something to the idea that warfare made easier means warfare more often; that the more we remove the human element from one side of warfare, the more that side becomes willing to commit to warfare. This does not seem necessarily true, as warfare has not increased — and might be decreasing — with increasing technology. But I am also not entirely sure it is a compelling argument against drone use. Rather, it seems an argument against any advance in military technology — from guns that allow troops to shoot their weapons from further away, to planes that allow forces to drop bombs from higher elevations, to even bulletproof vests that provide more safety to soldiers engaged in war.

But, as always, I offer my thoughts to the peer review of Rationally Speaking. What do you think?
Posted by Unknown at 10:30 AM