Truth from fiction: truth or fiction? 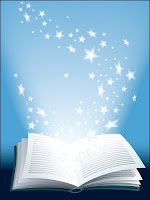 Literature teaches us about life. Literature helps us understand the world.

I'm sure you've heard these claims before, and maybe you agree with them. It's practically a truism that one of the reasons literature is valuable -- worth writing, reading, studying, and promoting -- is that it's not just entertaining, but that it actually teaches us profound lessons about the world, and about human nature. But does it?

I recently read How Fiction Works, by James Wood, a book I strongly recommend for its analysis of writing techniques, of what works stylistically and what doesn't. But towards the end of the book Wood makes the case that fiction is a good source of knowledge about the world. A representative example: "Consider -- just to pluck one kind of struggle -- what extraordinary empirical insight the novel has given us into marriage and all its conflicts," he writes.

As far as I can tell, this belief in truth-from-fiction is the party line for those who champion the merits of literature. Eminent English professor and critic Harold Bloom proclaims, in his bestselling How to Read and Why, that one of the main reasons to read literature is because "we require knowledge, not just of self and others, but of the way things are."

But why would we expect literature to be a reliable source of knowledge about "the way things are"? After all, the narratives which are the most gripping and satisfying to read are not the most representative of how the world actually works. They have dramatic resolutions, foreshadowing, conflict, climax, and surprise. People tend to get their comeuppance after they misbehave. People who pursue their dream passionately tend to succeed. Disaster tends to strike when you least expect it. These narratives are over-represented in literature because they're more gratifying to read; why would we expect to learn from them about "the way things are"?

And even if authors were all trying to faithfully represent the world as they perceived it, why would we expect their perceptions to be any more universally true than anyone else's? Just like the rest of us, authors see a limited slice of the world, made up of their own experiences and the re-told experiences of their acquaintances. There's no reason we should expect that slice of the world to be a representative one. (In fact, we might instead expect the world we see in literature to be systematically biased by the traits characteristic of writers. Not to paint with too broad a brush here, but I'd be willing to bet that writers are more sensitive and more introverted than average. And although I can't predict exactly how each of those traits would bias their representation of the world, it seems likely that they would bias it somehow.)

So I can't see any reason to give any more weight to the implicit arguments of a novel than we would give to the explicit arguments of any individual person. And yet when we read a novel or study it in school, especially if it's a hallowed classic, we tend to treat its arguments as truths. At least in my experience, the conclusions people tend to draw from classic novels are more of the form "The Great Gatsby shows the hollowness of the American dream," rather than, "The Great Gatsby shows that F. Scott Fitzgerald believed the American dream to be hollow."

For that matter, how can we tell whether a novel's portrayal of the world is "truthful" or "realistic"? People certainly tend to feel like they can tell. Wood writes, "Kafka's Metamorphosis and Hamsun's Hunger and Beckett's Endgame are... harrowingly truthful texts. This, we say to ourselves, is what it would feel like to be outcast from one's family, like an insect (Kafka), or a young madman (Hamsun) or an aged parent kept in a bin and fed pap (Beckett)."

But whether you finish a book and say to yourself, "That's exactly what it would be like," or "That's not at all what it would be like," what are you basing that judgment on? All you have to evaluate a book's portrayal of the world by are your pre-existing perceptions. So if the novel's portrayal of the world matches what you already believe, then you deem it "truthful." But then how can a novel ever teach us something new about the world that we don't already believe?

It's also worth keeping in mind that whether or not something feels realistic isn't necessarily a good indicator of whether it is realistic. In fact, experiments have revealed a common cognitive bias that leads people to judge an event as being more likely if it's described in more detail. For instance, during the Cold War, psychologists Tversky and Kahneman asked political leaders to estimate the probability of (1) the U.S. withdrawing its ambassador from the U.S.S.R., and (2) the U.S.S.R. invading Poland and then, as a result, the U.S. withdrawing its ambassador from the U.S.S.R. People rated (2) as more likely. Of course, (2) is a subset of (1), and is therefore by definition less likely. But because it has a narrative built in, it feels more plausible.

Science fiction is especially good at making us feel like we've learned a lesson about the world, because it's perfectly suited to "What would happen if..." questions that vividly portray the consequences of a particular course of action. And it's easy to confuse "this is one theoretically possible outcome that could result" with "this is the outcome that will result."

My brother Jesse Galef unearthed a striking example of this phenomenon. George W. Bush read (uh, technically, his advisor read to him) passages from Aldous Huxley's dystopic science fiction novel, Brave New World. "'We're tinkering with the boundaries of life here,' Bush said when I finished. “We’re on the edge of a cliff. And if we take a step off the cliff, there’s no going back. Perhaps we should only take one step at a time.”" His conclusion: we should avoid stem-cell research.

But as Jesse points out:

Aldous Huxley had a vision of how society interacts with technological advances. He thought such a scenario would lead to hatcheries, deception, and nightmarish conditions. That possibility scared Bush into a position on stem-cell research. So? Huxley has no particular authority on the subject. Someone else could come along and write a story about a world in which technology creates excellent living conditions! If someone had read that story to Bush, maybe he would have gladly supported research.

I've also come to suspect that even when we're not explicitly trying to learn about the world from fiction, it seeps into our unconscious anyway, and starts to bias our sense of "the way things are." We form our general impressions of how things work in the world from a jumble of accumulated experiences -- our own, along with secondhand experiences that we've read and heard about. And my suspicion is that when we read fictional stories, our memories of them get automatically added to that jumble. Thus, when we ask ourselves questions like, "What's likely to happen when I pursue this girl who seems out of my league, or quit this job to chase my dream, or commit this crime?" we're basing our answer not just on the real examples of similar situations we've heard of, but also, unwittingly, on the ones we've read about in fiction.

I've definitely noticed this tendency in myself. A while ago I realized that I had the habit of thinking, on some not-quite-conscious level, "Let me imagine as many things that could go wrong as possible, because if I think of them ahead of time then they won't happen." Where did that superstition come from? My guess is, from fiction. A satisfying disaster, narratively, is one that is unexpected. So my brain reasoned: "Disasters tend not to be anticipated, so if I anticipate something then that means it won't happen."

I'd be genuinely curious to hear if you, or anyone you know, has actually learned something profound about the world or human nature from literature. Remember, it must be both true, and also something you didn't already know before reading the novel. It seems logically impossible to me, based on the reasons I outlined above, but perhaps I'll realize an error in my reasoning if someone can give me a counterexample.

An embarrassing footnote: I very nearly ended this essay by giving you an example of how literature skews our view of the world -- Emma Bovary, in Gustave Flaubert's novel Madame Bovary, who reads too many melodramatic novels as a young girl and proceeds to evaluate her adult life by the standards of fiction, viewing her everyday life as dull, and passion as paramount, which gets her in a heap of trouble. See? I was going to say. Emma Bovary's experience shows the problem with using fictional stories as a guide to how things really --

...and then, of course, the absurdity of my argument finally hit me, like a ton of circular bricks.