How to Want to Change Your Mind 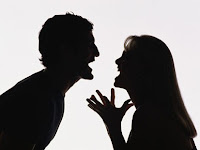 Out of all the cognitive biases and logical fallacies, I think the most pernicious of all is a kind of meta-bias, one underlying tendency that makes us more susceptible to all of the others: simply not wanting to be wrong. It's so automatic that it's hard to notice it coloring your judgment unless you really pay attention, but once you do, you realize how frequently it makes you grasp for a fallacious argument just so you don't have to admit to yourself that you were wrong. I'm definitely no exception -- I can't count the number of times I've caught myself reacting to an argument by asking myself, "OK, why is that false?" rather than "Is that false?"

Eventually, I was struck with one of the fundamental ironies of rationalism: that if I want to be actually right as much as possible, in general, then I have to stop caring about being right in any particular disagreement. Otherwise, I'm not going to be able to update my beliefs when the evidence calls for it. Below, six tricks I've picked up during my ongoing project of becoming fine with being wrong:

- Divorce your belief from your self. We get so attached to ideas that we think of them as part of ourselves, so that when someone attacks a belief we hold, it feels like an attack on us personally, and we automatically jump into defensive mode. To prevent that from happening, I try thinking of my belief as no longer being my belief, just a belief that I'm examining alongside other alternatives. (In fact, I find it useful to visualize this figuratively, imagining the belief under discussion as being located somewhere a few feet away from my body. Weird, but you'd be surprised how much it can help lessen your sense of identification with the idea.)

- Think of disagreements as collaborative, not adversarial. When I'm disagreeing with someone, I try re-framing the conversation in my mind as, "We're working together to try to figure out the truth about X" instead of "we're debating X." That helps me think of my goal as simply getting the correct answer, as opposed to winning. (Relatedly, I hate the practice of playing devil's advocate. I think it just gets us more in the habit of figuring out how to win, as opposed to figuring out the truth.)

- Visualize being wrong. This tip's from Eliezer Yudkowsky, of Less Wrong; he suggests that before you pass judgment on a claim you find unpalatable, that you first visualize how you would react and cope if it did turn out to be true. "The hope is that it takes less courage to visualize an uncomfortable state of affairs as a thought experiment, than to consider how likely it is to be true. But then after you do the former, it becomes easier to do the latter," Yudkowsky says.

- Take the long view. Acknowledging you're wrong seems less distasteful when you consider the long-term benefits: If people learn that you're willing to concede a point if it's warranted, then on those occasions when you don't concede, they'll be more likely to take your objections seriously rather than dismissing them as obstinacy. So I try to think of conceding a point as an investment in my future power to convince people of things.

- Congratulate yourself on being objective, not on being right. Part of the reason it's so hard to change our minds is that our self-image is bound up in being right. When we're right we feel proud; when we're wrong we feel disappointed or ashamed. Pride and disappointment can be useful motivating tools, so I'm not suggesting you try to shed them altogether, but they're being put towards a bad end here. Instead, I've been trying to re-train myself to feel pride whenever I consider an issue as objectively and fair-mindedly as possible, rather than whenever my initial belief about an issue happens to be correct.

- If you can't overcome your competitive instinct, re-direct it. Sometimes I really can't shake my desire to be right, to win. Ultimately, I hope I'll overcome that desire, but in the meantime I can at least channel it towards more productive ends: When I'm finding myself reluctant to admit that someone's points are stronger than mine, I remind myself that if I adopt those new beliefs, I can use them to win a future argument with someone else who holds my current beliefs. (Hey, I didn't say I was proud of this one -- but it works, so I'm sharing!)

Any recommendations for techniques you use to get yourself to be more comfortable with being wrong? I'd love to hear 'em.
Posted by Julia Galef at 3:30 PM