Life, what is it? 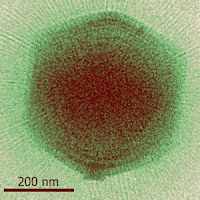 Big question this morning! Of course, plenty of philosophers and scientists have wondered about the question of what is life, and the answer has proved more slippery than everyone thought. We all think we know how to tell if something is alive or not, and yet it is remarkably difficult to come up with a precise definition of the concept (just like American Justice Potter Stewart once famously said of pornography).

When I was in college, popular definitions of life included things that grow, metabolize and reproduce, although by that definition fire is alive. My professor of biophysics at the University of Rome, Mario Ageno, wisely refused to engage in this discussion, but defined (somewhat jokingly) death as a sudden increase in entropy -- which would make life a system that maintains a locally low level of entropy. Richard Dawkins defines life as anything subjected to Darwinian evolution, but by that token one has to admit that computer viruses and memes (whatever they are) are alive, a step that I, for one, am not prepared to make.

What about real viruses? There too the debate has raged ever since I can remember, with few biologists claiming that viruses are living organisms, and a majority of life scientists opting to view viruses as intracellular parasitic organic machines, but not quite alive (they do not have metabolism, they don’t really grow as much as they “assemble,” and their reproduction is entirely and intimately dependent on the cells they attack).

Things have just gotten a bit more complicated with the publication in Nature (4 August 2008) of a paper by La Scola and collaborators, who have announced not only that they have found the largest virus known, but that the organism in question (a term used on purpose by commentator Curtis Suttle of the University of British Columbia) is made sick by another, smaller virus, known as Sputnik. In other words, it turns out that viruses can be attacked by other viruses, in the same way in which they attack bacterial and other cells, a behavior that was previously thought to be limited to living organisms.

The giant virus is known as mamavirus, and it normally infects amoebas. It has been isolated from a cooling tower in Paris, and is part of a family of very large viruses discovered only in 2003. These viruses were initially mistaken for bacteria because of their size, with a genome of about 900 protein coding genes. This is about three times as much as the largest previously known virus, and larger than some bacteria. But what sets aside the new giant virus is the fact that inside it researchers found a tiny virus, Sputnik, with only 21 genes. Sputnik takes over the protein-making machinery of mamavirus, just like mamavirus takes over the cellular machinery of an amoeba, to reproduce its own particles.

Even more interestingly, three of Sputnik’s genes are very similar in sequence to those of the mamavirus, suggesting the possibility of horizontal gene transfer between viruses, just as it commonly occurs among bacteria -- yet another difference between viruses and bacteria that is disappearing under our nose because of new research. Moreover, giant viruses are likely not exceptional at all, as a genomic survey of marine waters has produced many sequences similar to those of the few known giant viruses, implying that perhaps these organisms are common parasites of plankton, something that may imply an important indirect role of giant viruses in marine biological cycles and, ultimately in the shaping of planetary climate.

So, are giant viruses alive or not? The answer depends on what you are willing to count as essential properties of life, but certainly if giant viruses make the cut, then so too do smaller viruses like Sputnik, since there are no qualitative differences between the two groups, aside from the sheer size and complexity of the genome. Anyone out there who would like to submit a working definition of “life” and argue why (or why not) viruses should be excluded from it?
Posted by Unknown at 8:55 AM