The ethics of scientific inquiry and public discourse 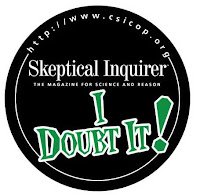 The header of the Rationally Speaking blog says that we try to respect the principles of the Enlightenment, particularly the idea of the Marquis de Condorcet that a public intellectual is someone who devotes himself to “the tracking down of prejudices in the hiding places where priests, the schools, the government, and all long-established institutions had gathered and protected them.” Clearly, we are hoping to contribute meaningfully to society by means of our writings, which is to say that in a sense we are engaged not just in an intellectual quest, but an ethical one. And that is why I found a recent article by Lawrence Torcello (published in Public Affairs Quarterly, vol. 25, issue 3) particularly thought provoking.

Torcello addresses the ethics of scientific inquiry and public discourse about science. He starts out with a famous quote by W.K. Clifford that is often cited by skeptics: “It is wrong, always, everywhere, and for anyone to believe anything on insufficient evidence” (from his essay on “The Ethics of Belief,” published in 1879). Strong stuff, and Torcello immediately — and rightly, I think — points out that while there is much to be commended in Clifford’s statement, it is a bit too absolutist and it requires justification. For instance, obvious exceptions can easily be found in aesthetic, and possibly even moral judgments. It makes little sense to say that my belief that Beethoven was the greatest composer who has ever lived is wrong because it is based on insufficient evidence, even if you happen to think that the one entitled to that honor is instead Mozart. Likewise, although I have made clear several times that I do not think moral judgments are arbitrary, I also do not think that they come down to straightforward matters of sufficient evidence.

Torcello, however, also defends Clifford by pointing out two possibilities: first, a tendency to believe regardless or in spite of evidence, even when it is concerned with trivial beliefs (e.g., astrology) may engender a habit of mind that leads to a similar lack of critical thinking in more important matters (e.g., Iraq has weapons of mass destruction). Second, beliefs are rarely just a private matter because we live in increasingly interconnected societies where people influence others’ opinions via a variety of means, from direct conversations to social networks (and, yes, blogs).

Torcello is particularly concerned with what he amusingly — and, again, rightly — calls “pseudoskepticism.” This is the abuse of the word skepticism to describe the activity engaged in by people who deny climate change, evolution, HIV causing AIDS, or who maintain that vaccines cause autism (all, except partially for the issue of evolution, are issues that are not simply academic or educational in nature, but have major import for the welfare of our society). Torcello points out that actual skepticism is about positive inquiry and critical thinking, as well as proportioning one’s beliefs to the available evidence (not to mention being willing to alter those beliefs if and when the evidence changes significantly). Pseudoskepticism, on the contrary, makes a virtue of doubt per se, regardless of other considerations, and is therefore irrational.

The centerpiece of Torcello’s article borrows John Rawls’ concept of public reason and extends it not just to matters of social justice (as Rawls originally did), but to the ethics of scientific inquiry and public discourse about science. Rawls was concerned with the negative influence of sectarian ideologies (religious or political) on deliberation in a multicultural society. He suggested that all discourse about justice and fairness should be conducted using a public, neutral, discourse, avoiding sectarian language or at least “translating” the latter into the former. For instance, you may be against abortion because of your religious beliefs, but to argue in the public square that abortion is immoral because god disapproves of it is a non starter, considering that people who believe in other gods or no gods at all (not to mention those who believe in your same god but interpret his mandates differently) will simply not engage at that level. This doesn’t mean that your ideological positions shouldn’t inform and guide your public positions, but it does mean that you need to translate your concerns into forms that public reason can deal with. For instance, you could say that it is immoral to take an innocent person’s life, and then you need to be prepared to argue the criteria for personhood, and so forth.

Torcello sees the principle broadened to public discourse about science, which is also often twisted by ideological commitments, again of a religious or political nature. This puts a moral burden of sorts on anyone engaging in discussions about science to get, at the very least, the facts right, which includes a fair representation of the degree of consensus among scientists themselves on whatever topic is at hand (e.g., no spurious list of signatures of “scientists” who reject evolution, or an acknowledgment that weather forecasters are not actually atmospheric physicists).

The paper ends with three recommendations that are worth careful consideration by the skeptic community. Quoting directly from Torcello (p. 208):

(1) Ethical obligations of inquiry extend to every voting citizen insofar as citizens are bound together as a political body;

(2) It is morally condemnable to put forward unwarranted public assertions contrary to scientific consensus when such consensus is decisive for public policy and legislation;

(3) It is imperative upon educators, journalists, politicians and all those with greater access to the public forum to condemn, factually and ethically, pseudoskeptical assertions without equivocation.

The latter point, of course, beautifully encapsulates what skepticism is at its best.
Posted by Unknown at 11:45 AM