2010: The best of Rationally Speaking 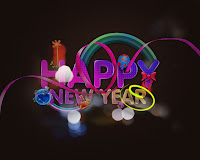 by Massimo Pigliucci
Everyone seems to be doing a “best of” at the end of every year, and we’ve never participated in that tradition. But then I thought, why not? The nature of blogs is such that even very good posts become old news after a week, and yet there is quite a bit of good writing and stimulation for further thought on this site, if I may say so myself. So, here are the thirteen (one per month, plus a bonus) best entries for 2010 on Rationally Speaking, in straightforward order of appearance. I hope you enjoy... again.
* January: Hume’s guillotine, where Julia expresses some skepticism on the possibility of moral reasoning.
* February: How to want to change your mind, Julia on not wanting to be wrong, and what we can do about it.
* March: “Anything is possible.” No, not really, on the differences among logical, physical and contingent possibilities.
* April: On so-called “sin laws”, where the title says it all — courtesy of Michael.
* May: Why do libertarians deny climate change?, where it turns out that even Penn and Teller aren’t perfect critical thinkers.
* June: Performance art without the performance, or the art, where I ask the question of whether a woman sitting on a chair becomes art, just because the chair is in a museum and the woman says it’s art.
* July: Mr. Potato Head and philosophy, where Julia keeps being skeptical of philosophy, but increasingly intrigued by it.
* August: Between Spock and McCoy (via Aristotle), on the virtue ethicist’s middle way between reason and emotions.
* September: Turkey’s choice: an Islamic Trojan horse?, where Tunç muses on the results of the recent election in that so far unique place in the world: a (functional?) Islamic democracy.
* October: The limits of reasonable discourse, because even reason is limited, and it’s reasonable to take note of it.
* November: On Utilitarianism and Consequentialism, where Michael explores the nuances of the ethical philosophy started by Bentham and Mill.
* December: Some animals are more equal than others, where Julia presents her unique twist on the famous observation by George Orwell.
* Bonus entry: The 2010 post with the highest number of comments (275!) was Jerry Coyne, then and now, in which I show that Jerry changed his mind dramatically about the relationship between science and the supernatural (going in the wrong direction). Note, of course, that I have apologized to Jerry for the tone of some of my remarks this year (we both have been naughty to each other), but that we still disagree on the substance of this issue.
Posted by Unknown at 12:01 AM