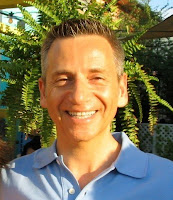 The Rationally Speaking family expands again! I am pleased to welcome my friend Tunç Iyriboz as our fourth writer on the block, together with Julia Galef, Michael De Dora and myself, always aided by the capable and steady (when he hasn’t had too many martinis) editorial hand of Phil Pollack.
Tunç is Associate Attending Radiologist and the Memorial Sloan Kettering Cancer Center and Associate Clinical Professor at Weill Cornell Medical College. Formerly, he was Associate Professor at Penn State University College of Medicine and Medical Center. He holds an MD degree from Hacettepe University, and received postgraduate and postdoctoral training at the University of Paris V (René Descartes) and at Penn State University.
He is one of the founding members and coordinators of Reasonable New York, a coalition of secular, humanist, skeptic, and reason-based organizations in New York City. His special interests beyond current clinical practice include bioethics, philosophy of science, mind and language, and medical informatics. He is dedicated to helping promote rational, critical and skeptical thought, democracy and freedom.
Tunç traveled and lived extensively abroad. He is fluent in English, French and Turkish. He now calls New York City home, but he chronically longs for the long wine-laden lunches of Paris (sans the Cartesian dualism, I’m told) and the sweet lull of the Mediterranean (sans the irrational faith).
Posted by Unknown at 12:01 PM