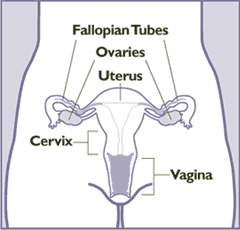 This is the sort of small-minded bigotry that can ruin a good quarter of my day. There I was, exercising in my gym this morning, minding my own business, when I see a CNN segment on the latest idiocy started by someone who was “offended” by something she saw and had to start a revolution as a consequence.

The report says that a woman driving by the Atlantic Theater, somewhere in Florida, saw the marquis announcing the play “The Vagina Monologues” and got so upset that she called the manager of the establishment and ask him to take the offensive word off public view. When asked why she was so upset about it, the pious idiot said that she was driving with her niece, and was embarrassed when the girl asked her “what's a vagina?” The management of the theater, of course, immediately obliged and changed the title of the play (presumably without asking the author or the company performing it) to the witless “The Hoohaa Monologues.”

Now, first of all, I'm offended by the word “Hoohaa,” and moreover my religion (which you cannot question, because it's a matter of faith) requires the word “VAGINA” to be written in public as often and in as big characters as possible (together, of course, with the word PENIS, because my religion is gender neutral). Naturally, I expect the management of the frickin' Atlantic Theater to oblige me immediately.

Second, you lady whose niece doesn't know what a vagina is: what on earth are you thinking? You, madam, should be ashamed at suggesting that a child isn't supposed to know the correct names of her body parts, such nonsense is truly offensive to the rest of society.

Third, little niece of the silly aunt, here is what a vagina is: according to the Webster Dictionary, the word comes from Latin, meaning “sheath.” It is “a canal in a female mammal that leads from the uterus to the external orifice of the genital canal.” The good news is that since you are a mammal, you got one too!

OK, I feel a little better now, I can go back to my workout.
Posted by Unknown at 12:04 PM